I've taught puppetry workshops in schools, universities, and colleges, including Niagara University, Sheridan College, Humber College, and the Toronto School of Puppetry. Breaking live animation down into a digestible curriculum has been my aim as I continue to work with professional actors and directors, with amateurs, and with students of theatre. "A Puppet is a Mask on Your Hand!"

As a teacher and puppetry consultant I've worked alongside Graham Whitehead at Mermaid Theatre, Allen MacInnis at YPT, Lynda Hill at Theatre Direct, Eric Woolfe at Eldritch Theatre, Ann & David Powell at Puppetmongers Theatre, Seanna Kennedy at Lower Ossington Theatre, Christine Brubaker at Shaw Festival, and Bruce Dow, director of the Canadian premier of Thank You For Being A Friend: the ultimate Golden Girls experience.​ 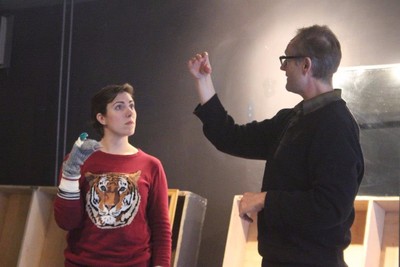 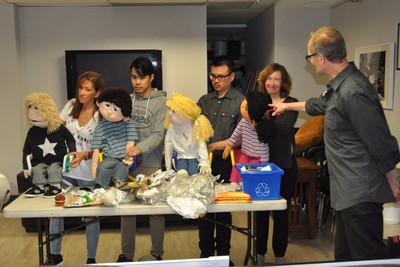 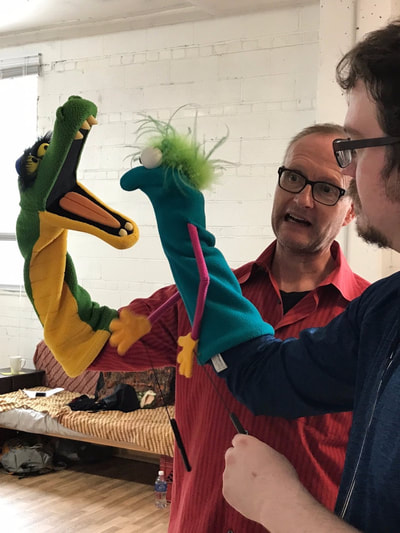 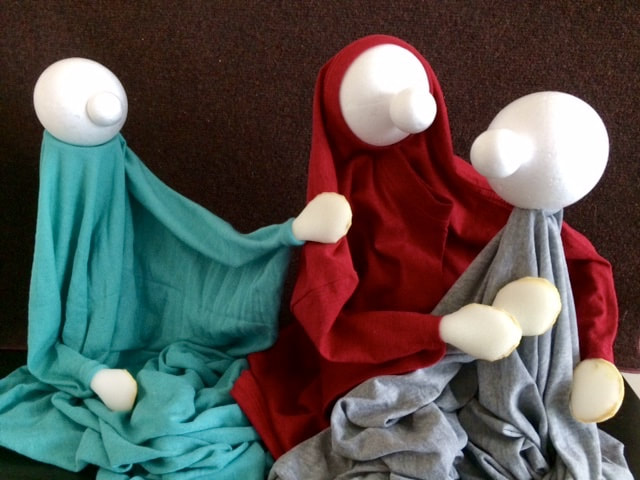 ​An Introduction to Live Animation covers all aspects of puppetry in performance. Students will:
By the end of the class students should show a familiarity with the jargon that was introduced to them, and they should be able to confidently pick up a puppet, a mask, or any ordinary object, and give that puppet or object the illusion of weight, breath, thought, and self-agency. They should also know the basics of establishing an instant rapport with one’s audience.

Team puppetry requires not only an exacting attention to detail, but also a willingness to cooperate on those details. Tact and diplomacy are just as important as creativity. In other words: a conciliatory approach to the teamwork must go hand in hand with the creation of the choreography.

Puppetry is the study of life, movement, people, and nature, so I’d wish to see a classroom full of students who are now curious about the world and the characters in it, who can observe life and movement acutely, and who will question things frequently.

Finally, puppetry is often about simple mirth, so I’d encourage each student to indulge in their cheerfulness, their playfulness, and keep their minds open and their hearts light, even while striving for excellence in their performance.